Since 1847, the quicksilver mines of New Almaden have been a place of wonder and fulfillment. Tales of gold sparked the migration of 300,000 people to California and ever since the world has taken notice. Today, the Alamitos Vineyards estate is one of the only privately-owned lands within the quicksilver park of Santa Clara County. Our winery stands within the 4,163 acres that include the grounds of the former quicksilver mines adjacent to the Almaden Valley in South San Jose, California. 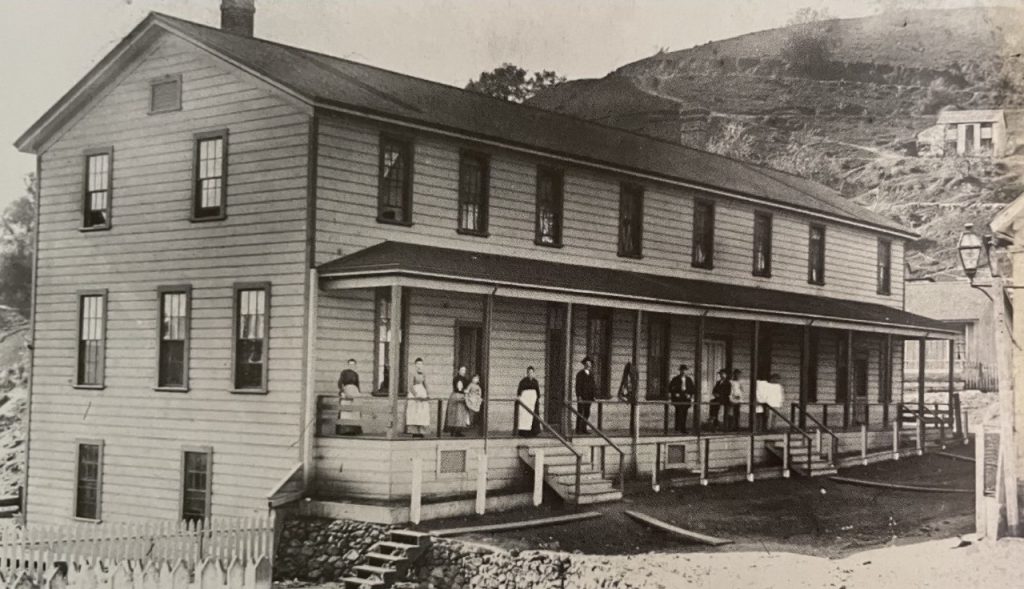 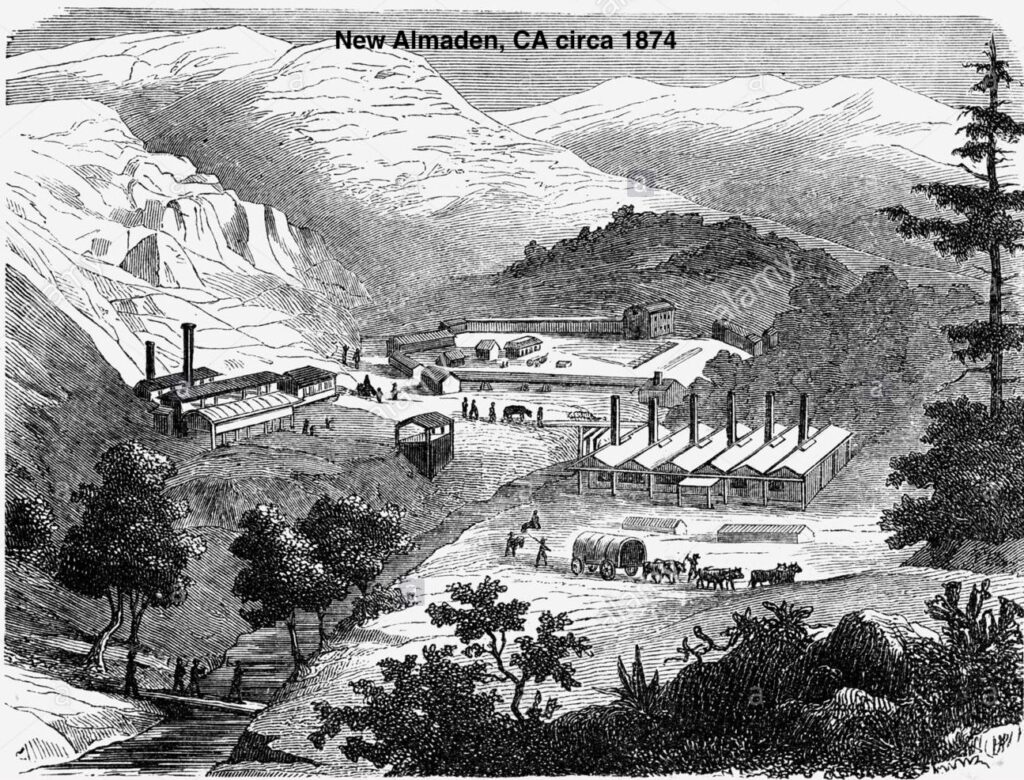 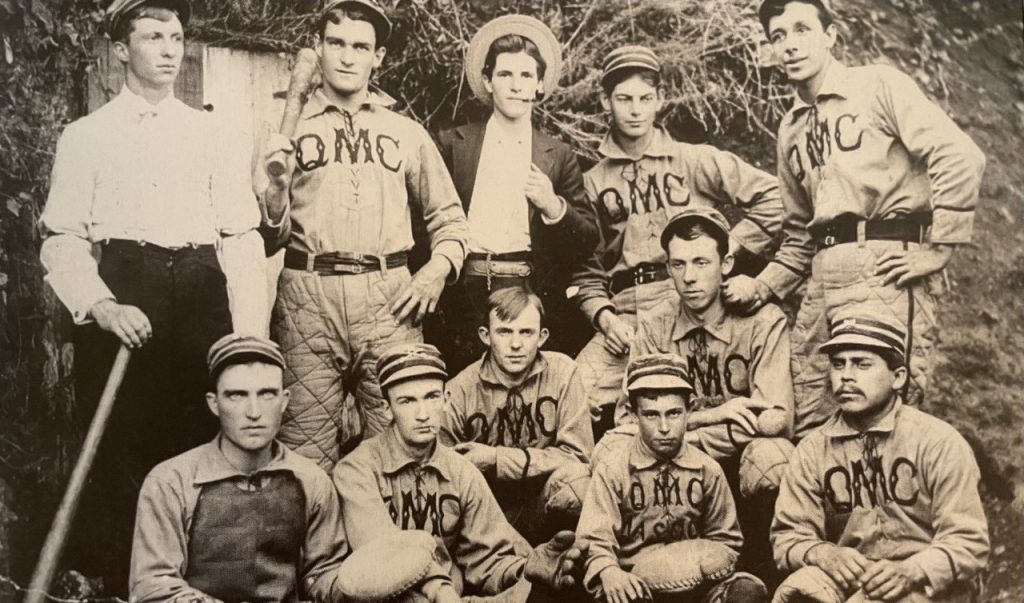 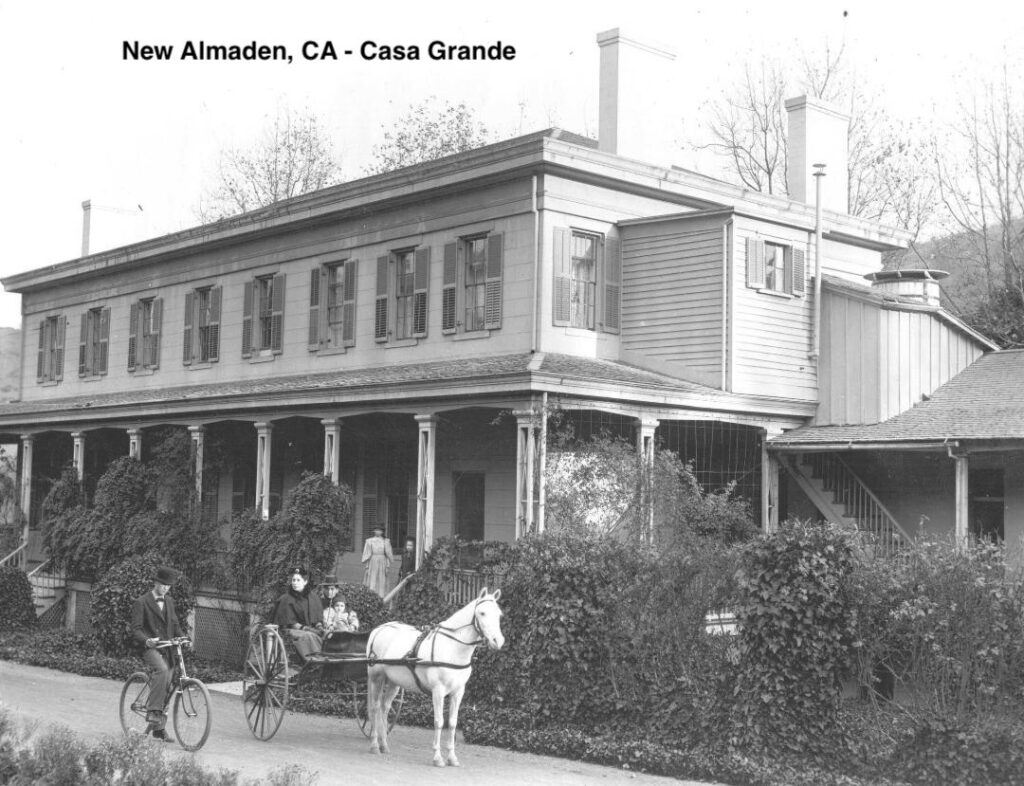 Digging Up the Past

The mines near our property in New Almaden date from before recorded history. The Ohlone Indians mined the red rock cinnabar in the area, and it is not known when the tunneling first began, likely thousands of years ago.

In 1845, when California was still under Spanish rule, Andrés Castillero discovered and claimed mineral rights on 1.58 miles of land and continued what the native Americans had started. He identified one of the deepest quicksilver shafts on earth. Quicksilver was necessary for the processing of silver and gold at the time and quite valuable. New Almaden was the site of the first mine in California, beginning in 1845, and eventually became the richest.

More mineral wealth (over $75 million) was pulled from the hills of New Almaden than from any gold or silver mine in the state. Its quicksilver was vital to the recovery of gold and silver from their ores and was an essential part of the economic boom created by the Gold Rush. Named after the famed Almaden Mines in Spain, the mines of New Almaden eventually rivaled their Spanish namesake in their output. Without the New Almaden mines, the United States would have been dependent on Europe for cinnabar.

After the Mexican American war ended in 1846, Castillero lost his claim to the mine. The Barron, Forbes Company then set up operation on the property and named the mine New Almaden. The mines main tunnel, which dates from the New Almaden time period, dives 807 feet into the mountain to a point 300 feet below the Mine Hill summit and just below the original Indian Cave. The Barron, Forbes Company built an entire town, called “Spanish- town”, around the mine including furnaces, a boardinghouse, the mine office, a machine shop, a blacksmith shop, and the main Hacienda. By the time they were bought out by the neighboring Quicksilver Mining Company 20 years later in 1863, the mine was worth $1.75M.

The mine continued operation for the next 60 years. Additional streets and tunnels were built, and a new neighborhood was formed around them called Hacienda. In the late 19th century, miners from Cornwall England set up roots around Mine Hill. They called their area “Englishtown”. This is the area closest to the current Alamitos Vineyards estate.

Once a Vibrant City

Workers initially built shacks, then streets, and by 1880 adobe houses along the path to the mine were given numbers. As the workers increased, the company built more homes, and the town grew to include churches, a butcher, mineral springs, hotels, restaurants, social halls, a stable, and even a cemetery. They even had their own baseball team in 1895 called “The Cinnabars”.

The Quicksilver Mining Company operated the mine for the next 50 years until the demand for cinnabar lessened after the discovery of another process to recover gold took root in the 1890s.

Located just one mile from our Alamitos Vineyards estate, Casa Grande, a Classic Revival-style mansion in the National Historic Landmark is one of the oldest buildings in Santa Clara County. It was originally constructed in 1854, commissioned by Captain Henry Wager Halleck and built by architect Francis Meyers. It was held by the Quicksilver Mining Company until 1927 when the Black brothers purchased it and transformed it into a summer resort called Club Almaden. Through various owners, Casa Grande continued to be a popular place to shop and hold parties. In 1981, the building began a renovation and in 1998 the Santa Clara County Parks and Recreation Department purchased the building and moved the New Almaden Quicksilver Mining Museum to the main floor and opened to the public for tours.